The Synergies between ORSC™ Coaching and Agile Coaching

Two years ago, I did extensive training on Organization and Relationship Systems Coaching (ORSC™) through CRR Global. If you don’t know about ORSC, let me introduce it first. ORSC is a coaching model where the focus is not on the individuals but rather on the system and the relationships within the system. “System” could mean a pair, a group of people, a team, a department, an organization.

Coaching teams is something Scrum Masters do every day and I was looking for some additional perspectives. I also felt that coaching organizations as an entity could move Agile transformation to the next level and the ORSC framework could give Agile coaches new tools to make it happen. So I was in.

CRR Global’s ORSC program is divided into five classes – Fundamentals, Intelligence, Geography, Path, and Systems Integration. I took the first ORSC class in London and the rest in Toronto. It’s always great to combine work and holiday and Canada was just awesome! 🙂 In between classes, I had some time to try individual concepts with my clients and become more familiar with new models, terminology, and approaches.

I’m going to share a few of my favorite concepts which I found easily applicable and highly relevant in the Agile environment.

#1 DTA – Designed Team Alliance
I apparently knew this concept for a few years as it has been introduced at an Agile Coaching Institute class: ‘Moving to the Next Level’ (which was created together with ORSC leaders). However, it took me some time before I fully understood the importance of such an agreement. What is it about? Seems to be simple – let the team agree how they would like to be together, what makes them a great team, and what are they going to do if things get difficult. Actually, it’s quite similar to the retrospective except you do it up front. You might link it to the futurespective, as that is kind of similar as it looks forward, but it’s still something else. With DTA we focus on relationships and not so much on the particular potential problems and solutions. You need to coach the team to stay out of those concrete solutions. Because even if they brainstorm a lot, they never come up with every possible future issue. So we are looking to the system from the top, trying to straighten its connections to survive any potential difficulties. Don’t forget we are not solving or preventing potential issues, but agreeing on the way we are going to solve such situations in the future.

#2 Everyone is right but only partially
When you start to look at the group of people as a system, which you can imagine as looking down on the team from a very high distance, the particular issues and problems are not so important from that point of view. You are focusing on the linkage among the people instead of individual persons or their problems. From such a viewpoint, this System Rule – Everyone is right but only partially – is extremely helpful. It helps you to coach the system and not allow yourself to take sides. Moreover, every system is intelligent by itself. It will tell you if there is something wrong. And your entire job as a System Coach is to listen for those signals and reveal them back to the system so that the system can react and possibly solve the issue or improve itself. You are not here to solve it for them, you are there to help them straighten and strengthen their relationship so they can work towards the resolution.

#3 Importance of Appreciation and Positivity
I found that the Appreciation exercises were a challenge for me – perhaps it’s a cultural thing.  However, despite how silly it felt, it really works. So I’m going to express appreciation more and draw it out in others. Even if doing so is out of my comfort zone.

The second concept which is actually quite connected to Appreciation is Positivity. Did you know that great teams have a positivity: negativity ratio of at least 5:1? In other words, for every negative thing that is said, they say five things to counterbalance it. Positivity will not just happen. You must consciously nurture it, search for it, call it forth and help it to become an integral part of your system.

#4 Team Toxins
There are four toxic behaviors which teams should avoid. Defensiveness, Blame, Stonewalling, Contempt. Everyone does a bit of everything from time to time. However, by educating the team on what these toxins look like and how you can counteract them, it limits their dominance. So my learning point here is to educate teams on toxins, and coach them to understand the impact of them to the team health. I believe that by raising awareness, it will help the team to be better.

#5 Three Levels of Reality
Finally, there is a concept which made my day. At the beginning, it had been completely incomprehensible. I was lost. Our trainers mentioned we may only get it at the end of the module. But I was completely desperate. What did it mean??!!  But some time during the last day of the module it got to me all at once. And I realized that understanding this concept is a key factor for thousands of situations I’ve been trying to improve in my Agile Coach work.

What is it about? That there are three levels of reality. Sentient Essence Level, Dreaming Level, and Consensus Reality Level. And you often need all three to succeed. And I as a System Coach can help to navigate individuals, teams, and organization through essence to start dreaming and through that to understand or change their consensus reality. It’s very powerful. And if you feel like it sounds ‘too fluffy’ or ‘what the hell is interesting there?’ just note I struggled a lot with it at first.

I found this concept specifically important in a visioning workshop at both product and company level. Companies often make the same mistake to jump right away into tangible, measurable things without an understanding of the fundamental question of who we are. To understand that, it’s great to move to the essence and investigate the ultimate purpose, the invisible intangible force which keeps us together. You are not one company because of processes, rules, and KPIs. You are one company because you share the same purpose and philosophy. Only once you are able to sense it, you can talk about dreams which could be later transformed into goals and plans and finally measurable facts of Consensus Reality. Take your time. Vision defined in a hurry is lacking the unifying aspect and despite all the effort can only drive you into a dead-end street. The Sentient Essence level is the energizer. Understand it right and skyrocket your success. 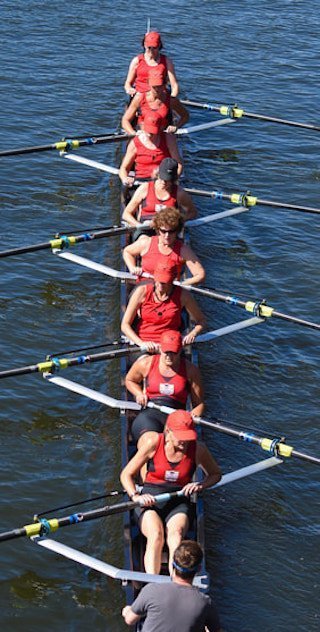 I would highly recommend ORSC training (crrglobal.com). I would say it’s been one of my best decisions. However, I believe you need some coaching education and experiences before you sign up. For that background, I would recommend you start with Agile Coaching Teams and Agile Facilitation classes – both classes are from the Agile Coaching Institute. And then go on with ORSC – which I would recommend to all Scrum Masters who want to move their role to the next level and focus more on the organization and systems than individual Agile practices. And the same is true for Agile Coaches because without this training you are not a true Agile Coach.