What Is Your Team Tolerating? 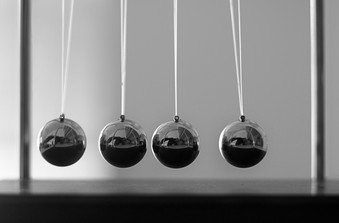 What is your team tolerating
​By Guest Blogger Anne Rød, Certified ORSC Practitioner

You could hear the infamous pin drop. The silence was complete. The Emotional Field was flat, not hot or cold, just flat. The flattest I had experienced in my 8 years of doing systems work.

We were half way into a 2.5 day retreat with a team of 22. Prior to the retreat we had asked team to complete online questions on various topics, answers that would be shared anonymously in the team during plenary sessions. My partner had insisted that we ask; “What are you tolerating in this team?” A lot, as it turned out.

During the first 24 hours together the pendulum had swung back and forth a few times; from “we really need this retreat and have so many issues to work on” to “we are ok- don’t mess with us.” Seeing edge behaviour at work never ceases to amaze me- also when I have the wits about me to notice my own edge behaviour.

After a hefty look at the team`s history the first evening, the pendulum was now somewhere near “we are ok- and don`t want to go any further.” It felt like a critical point in the process; we could back off and bow into fear and walk away, or we could armour ourselves with compassion and courage to delve deeper and do the necessary work.

The Third Entity of my partner and I decided on the latter and after having stroked their Primary we started to kiss them over the Edge. We gently pointed out that there might be the odd issue to talk about; namely what they said they were tolerating in their team. I started to read their answers out loud:

​
The list continued, all 22 answers were slowly read out loud, allowing each to sink in. All centering around the same themes, the final sentence summed it up:

– Unfortunately, I would say that this team tolerates being bullied and that their opinion fall on deaf ears.

As the last sentenced came to an end, we all took in the silence in the room, allowing the impact to sink in. We waited and waited and waited. Not a word was spoken. They seemed stunned. Their system had revealed itself and they had passed the point of no return. Like mothers sweeping up their babies, we gently started to ask what was here. The answers came slowly at first, and then gradually the pace picked up. “It had to be said.” “I did not know it was this bad.” “It does not have to be like this.”

At this point Our Third Entity pondered in silence which direction to take next. Would it be: A. Take a break, B. Challenge them, C. Take some form of action, or some other ways we could not think of at the time. Whether it was the mother in me, or the leader (or both) I do not know, but it certainly did not feel like a time to kick them over the Edge. So instead of pushing or pulling, I leaned forward, looked around the room and slowly said: “We are going to fix this together.” The sigh of relief in the room was palpable. We normalised their responses and reactions, pointed to their proven past and present strengths and potential, the resources they had shown through their history of trials and tribulations.

The final afternoon we were doing the completions. The haunting ghosts were cleared from the team space and the air was clean. They had done amazing work in task force teams. On the walls hung the evidence that they were on their way and in their hearts were the words that they believed in this. The team contract was ready and explicit; no more toleration of the culture that had brought them down and acted like a weight around their ankles. They cried – we cried. Once again we had seen the magic of ORSC and Relationship System Work. And we felt privileged to have witnessed the process, knowing we had served, and served well.

The definition of tolerance, as one team member had replied, is:

​Asking a team what is being tolerated is a powerful way of revealing the system to itself. With a solid DPA in place, more work can be done in a short space of time, than hours using any other tools. It is like a clean sweep, a wind blowing through the system, leaving it open, honest and vulnerable. This simple question serves to identify the ghosts that limit creativity, change and growth. It reveals beliefs systems embedded in a team culture acting as straight jackets on human development and team performance. Once these haunting ghosts are brought out into the light, it is easy to see their patterns and discover their impact. And as we all know, the system will then self adjust and find its way forward.

Note: This was originally posted on our blog, ​relationshipsystemsintelligence.com in January, 2013.
5.00 avg. rating (98% score) - 1 vote